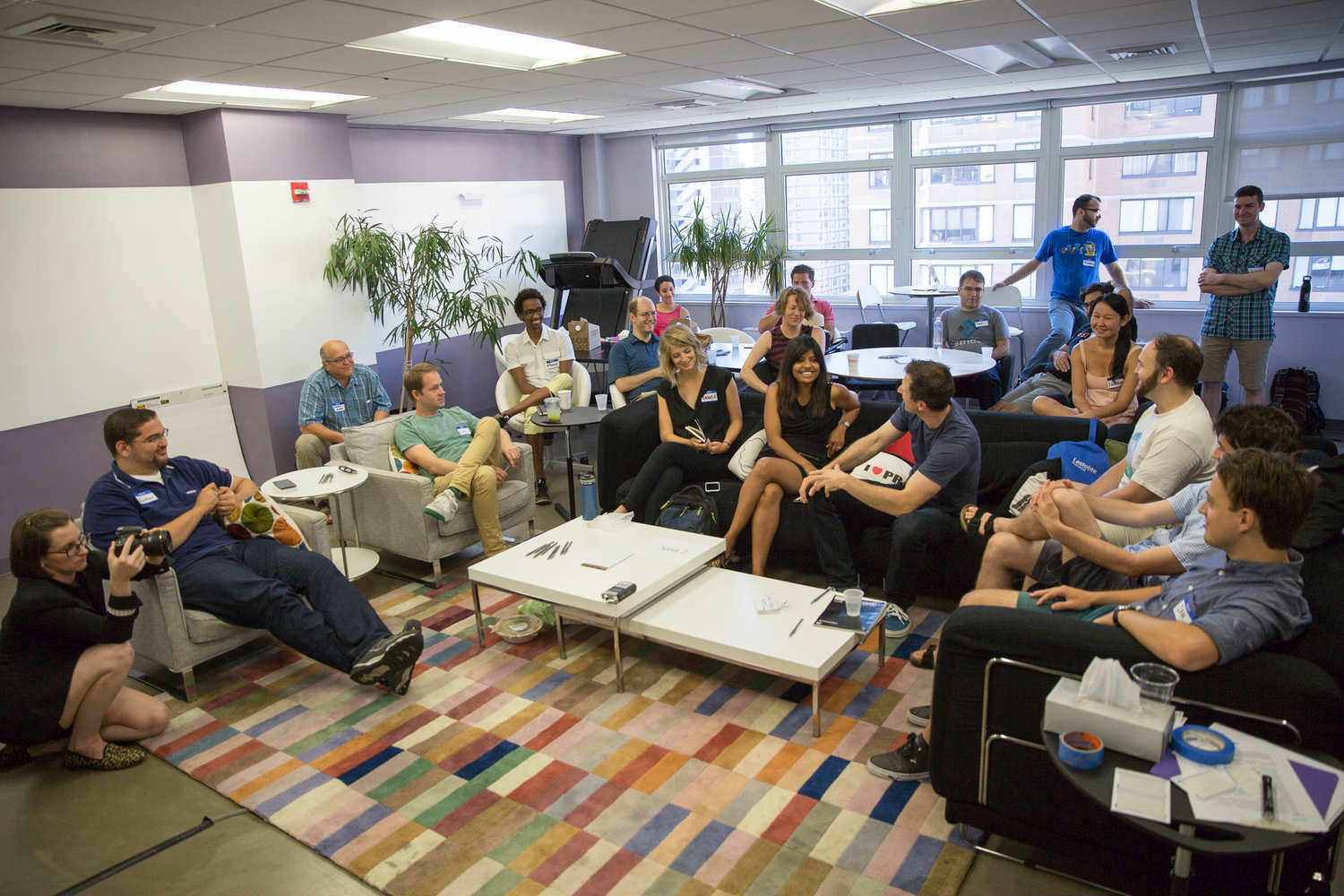 Jim McCann’s Most Valuable Lesson About Life and Business

Tonight, I had the pleasure of attending an Inc Business Owner’s Council (IBOC) event in New York City. Jim McCann, the founder and CEO of 1-800-Flowers.com spoke with an intimate gathering of 30 entrepreneurs for about an hour.

I’ve been a member of the IBOC for 5 years, and I’ve been fortunate to have a front row seat to some pretty amazing, small gatherings of various wildly successful people. But until tonight I’ve never met someone like Jim.

Jim shared stories from his career with us. Half way through, he stopped, and said he wanted to get to know us. He asked if we could each tell him about ourselves. This took a good half an hour, and it was surprisingly engaging, thanks to Jim’s ability to interject with a comment or joke at just the right moment. When it was my turn, I said “I’m Debbie Madden. I recently exited my business and am looking for my next great idea.”

An hour later, when the talk was done, Jim personally signed his new book, “Talk is (Not!) Cheap”, for each of us. In mine he wrote “Debbie, I look forward to your next big idea.” This was an hour after I had told him one sentence about myself, and he not only remembered, but he wrote me a personal message. I can bet that he did the same thing for all of the others. Wow. That’s simply incredible. The man is giving a talk to a group that’s interactive, no slides, lots of Q&A, and he is able to remember what I said about myself. If Jim brings even a smithering of this into his work, he’s the most active listening executive I’ve ever met, by about a mile. Well done sir.

And that wasn’t even the best part.

Jim spoke about lessons he’s learned in his career. He told stories of being the first transaction on AOL, of being early to create a URL and website for a business, about being early to adopt the phone number moniker (1-800-Flowers.com). He also told stories of being an early adopter of dozens of ideas that didn’t pan out. He postulated on what his big life lessons were. Some of my favorite are:

And still, that wasn’t even the best part either.

For me, the best part of the night was when I realized the true brilliance in the most valuable lesson I had just learned from Jim McCann.

When I was talking to Jim at the end of the night I asked him, “Jim, you got into many things early that are a big part of your success, like the internet, 1-800 number, AOL ecommerce. But you also got into many other things early that failed. You said that for the first several years you had a website, it had no traffic, yet you chose to keep the website. Other projects that haven’t taken off have been shelved in less time. How do you decide when to pursue an idea and when do you decide to stop throwing good money after bad and throw in the towel on an idea?” Jim said to me “There is no formula. We continuously evaluate our business, measure success of an idea, and look for trends in the market and in the world. We talk to lots of people. In 2008, we had a dozen projects and the recession hit, we shelved all projects except for 4, including mobile and social media.”

And then I said Thanks to Jim and I walked away.

And then it struck me. The most valuable thing I learned tonight from Jim McCann was –

True success is: The wisdom to know when to catch the next wave, combined with the realism to run a business by good solid leadership, day in and day out.

Thank you Lewis Schiff for enabling my path in life to cross with Jim’s. Thank you Jim McCann for choosing to spend the evening enlightening a group of entrepreneurs.