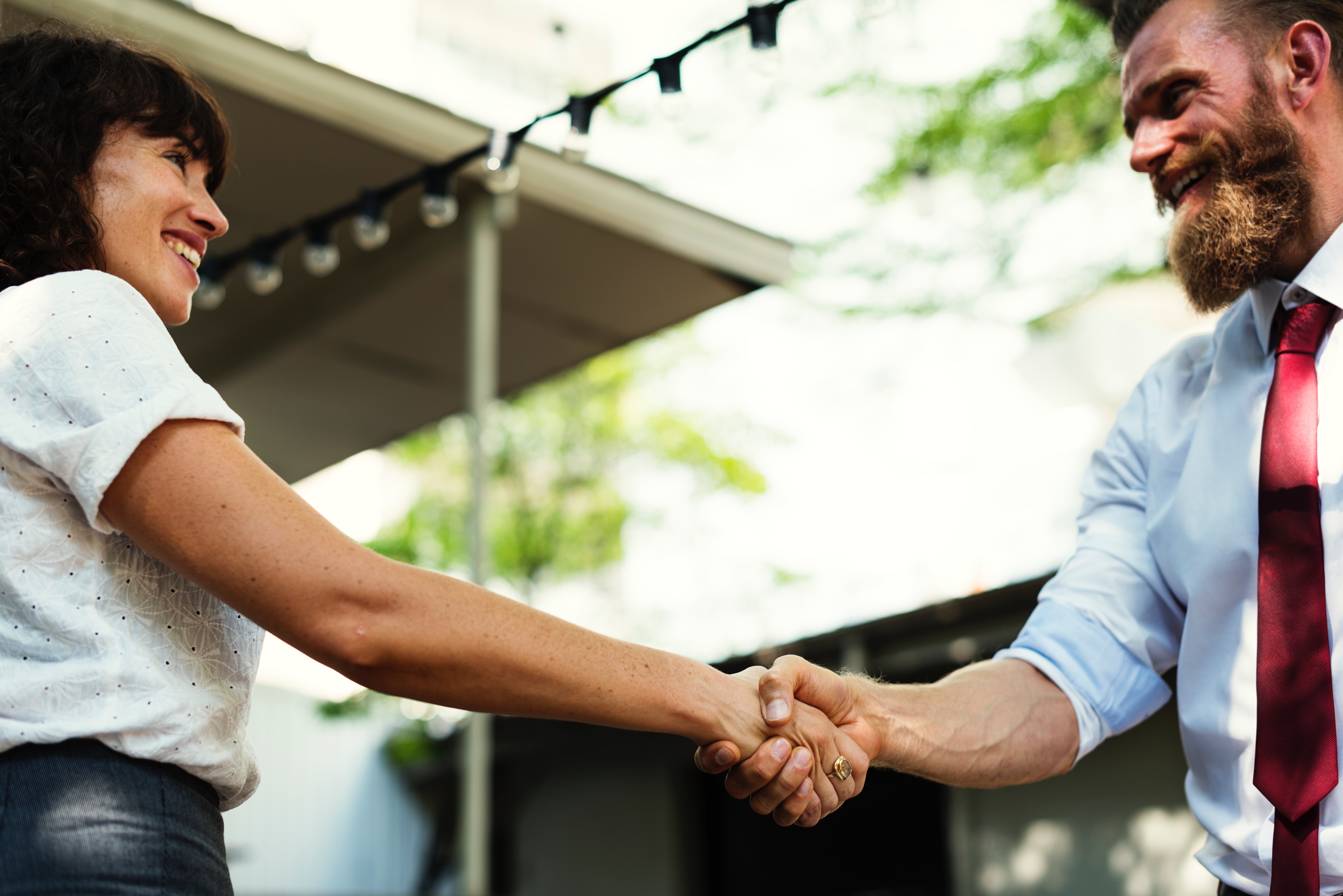 The Handshake Deal That Every Job Offer Must Have It’s 4p.m. on Thursday. I’m halfway through giving a job offer to Stacey when I bring up the handshake deal.

After I finish explaining what the handshake deal is, Stacey is silent.

After a moment, she responds, “Wow. Thank you. This is huge. It’s such a relief to know I can come talk with you about this stuff. I’ve been in jobs where I’ve experienced learned apathy and that’s awful for everyone.”

What is a handshake deal and why is it so impactful?

Stacey was pleasantly surprised by the handshake deal, as are many candidates. After all, the typical job offer is an antiquated, waterfall approach to hiring. Assumptions are made up front, and the job offer often doesn’t discuss protocol for having difficult conversations between employee and employer.

The result is employees don’t feel comfortable sharing when they are unhappy at work. This leads to employees mentally checking out long before they actually leave a job. Employees learn to keep their opinions to themselves and show up to work with a lackadaisical attitude bringing down the morale of those around them.

To combat this problem, every job offer must include an honest, two-way conversation up front about each person’s role in the employee’s ongoing happiness at work.

Every job offer must include an honest, two-way conversation up front about each person’s role in the employee’s ongoing happiness at work.

I call this conversation the handshake deal.

Each person must decide on a handshake deal that works for their team and company. Here’s what I say to candidates:

I’ve just shared with you all the details of your job offer. I think you’ll be a strong addition to our team and I hope you say yes.

But, there’s one more thing. I’m asking you to agree to a handshake deal. This is a deal between you and me. You’ll never see this written in a contract. This is about our expectations of each other.

I’m asking you to handshake. Me and you.

Your end of the handshake, what I expect of you should you choose to come work on our team, is you own advocating for you.

As we work together, we’ll get to know each other. I aim to get to know you as a person, know what makes you happy, frustrated, and energized. But, I don’t have a crystal ball. I’m never going to know you as well as you know you. So, it’s up to you to advocate for you. If there comes a time when you need something from Stride that you aren’t getting, you need to raise your hand and tell someone. If no one knows what’s on your mind, we can’t help you.

My end of this deal, what I ask that you expect from me, is I come to work each day and aim to do right by you. To create a safe place for you to work, to treat you with respect, and to listen when you come to me with questions, concerns, and feedback. I should lead through doing and be willing to do anything myself that I ask of you.

And, we both must expect of each other that we understand life isn’t a fairytale. We can’t sprinkle pixie dust on a problem and make it magically disappear. We are running a business and things sometimes take time to resolve. So, once you raise your hand and advocate for you, you become part of the problem solving team with me.

And so it goes. This is my handshake deal. I believe every job offer should contain something similar.

As an employer, I hope to form a team of people who truly want to do good by themselves and by the team.

By having an honest conversation up front, you give people the permission to speak up. And by doing this, you create a collaborative culture employees want to be a part of.

Senior, Lead, or Principal developer in NYC? Stride is hiring! Want to level up your tech team?See how we do it!

Previous Story
← CI/CD Is Not A Progression
Next Story
[VIDEO] What Makes the NYC Tech Scene So Great? →