When and How to Build an MVP

It’s 8:49am on Friday. I get a call from Marc. He’s recently left his full time job and has a brilliant idea for a startup. He explains his idea to me and says: “I’ve been told I need to build an MVP. Can you help?”

In truth, I’ve gotten this phone call, and variations of it, maybe hundreds of times. So much I decide to put my response in writing in the hope that it helps you as you embark on the journey of launching a startup and building your MVP, especially since this is something Stride helps NYC companies with every day.

Your startup capital is precious. Whether you have $5k or $500k, there’s no need to rush into blowing through your budget. Take the time to learn up front. It will pay dividends.

In 2011, the Lean Startup concept took hold. There are tons of resources out there to help you learn about how Lean Startup can help you as you launch your startup. Among them, a few of my favorites are:

Take the time to read these, you’ll be glad you did. 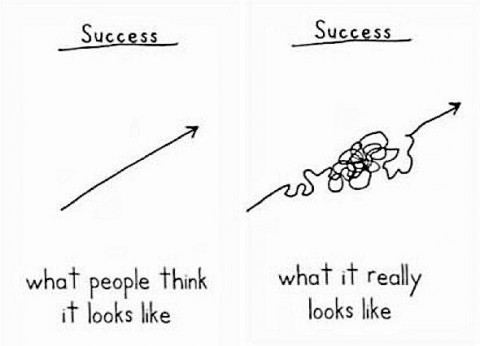 Define your vision. Define success. It’s really important to have a vision and know where you want to go and why. And even more importantly: embrace the hard truth that the path to success isn’t linear.

Write down this vision. Socialize it, share it with your team and a few friends. See if people get it or are confused by it. Do NOT word-smith it to death. Know that you’ll go back to refine it again and again. For now, get it to “good enough for now.” Don’t labor the details.

Step 3: Get Out of The Building

Learn by getting out of the building. Talk to people. Talk to more people. Read the book Talking to Humans by Giff Constable: "The book takes you through the story of two entrepreneurs doing customer discovery for the first time, and then proceeds to give you concrete tactics, tools and examples to answer key questions."

It’s critical to get an understanding of what other people think. It’s not enough that you love your idea. It’s not even enough that you’ve quit your day job and are pouring your heart into it. You must understand what your customers and potential customers want. Put yourself in their shoes. Understand their pain points. Understand what keeps them up at night and what problems they are looking to solve. Above all remember: People don’t buy, they solve problems. So, you aren’t “selling,” you are “solving a problem” for your customer. When I visit Zappos.com, I’m not buying shoes, I’m solving the problem of not having enough time to go to the shoe store. When I go to Kayak, I’m not buying an airplane flight, I’m solving the problem of wanting to go on vacation and having no idea how to research what flights cost among the different airlines

Now that you are armed with knowledge from reading the books, have an initial pass at your vision, and have talked to some people, you can now, and only now, think about your MVP.

By definition, an MVP (Minimum Viable Product) is the smallest kernel of your idea (aka minimum) that you can get into the hands of actual users and that provides your users true value (aka viable). Wikipedia defines an MVP as “just those core features that allow the product to be deployed, and no more.”

Almost every entrepreneur I’ve worked with defines an MVP that is easily 200% - 400% larger than it needs to be. And then, when asked which of these features can be pushed off until later, will grimace and cry, but ultimately find 1 or 2 features that they begrudgingly push off. Wrong.

Think of it this way: Find an end-to-end path through the system. The SMALLEST kernel that, from start to finish, provides value to one group of users.

The first MVP of Zappos involved a shiny landing page and not much more. Nick Swinmurn, Zappos founder, went to local shoe stores, took pictures of shoes, and put these pictures on a website. When a shoe sold, he walked to the shoe store, bought the shoe, and mailed it himself. No e-commerce site. No inventory.

I am certain that Nick had a grander vision of Zappos than him running back and forth between his apartment and the shoe store and UPS, but that’s how he got his first kernel of a product out into the market.

Define your MVP by writing thoughts down on paper. Do NOT write any code yet. Do NOT hire a design agency to prototype anything yet. Think light, fast, cheap. Do two things:

When you think you have an idea that people want, test it out manually if at all possible. Don’t build a software application (mobile or web) unless you have to. Instead, test your idea first manually. Here are a handful of non-software ways to test your idea:

Assuming you learn and get positive results from Step 5, now you can embark on an MVP that involves writing code and creating design. Even now, be very careful not to go bonkers. Build only as much as you need to learn more.

The “Build-Measure-Learn” cycle is synonymous with Agile and is wildly valuable when you know you have an idea and a tested hypothesis and are trying to get product to market in an iterative way. But, you’re not there yet. So, flip this cycle on it’s head so it becomes “Learn-Measure-Build:”

“Running the loop the other way, pulling the ‘build’ from the needs of the learning, is much more energizing. I know why I am building when I build.” Kent Beck

Take all of your learnings from steps 1 through 5 and build only when you’ve learned that a target group wants that feature. Then let them use it, measure the results, and then go back and do more learning. That is how you build an MVP… and successfully launch a start up.