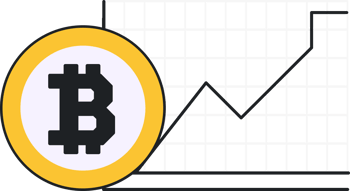 We built out the website, which helped raise a round of funding; built the core platform; and then hired an internal engineer to hand the project off to.

Our client was a software research and venture-development firm specializing in decentralized systems that needed their core platform built out. Their patented technique for providing and consuming web services enables the demand-driven deployment of location-neutral software.

This fintech startup had five employees, and none were technical. They needed to build, and go live, with an Initial Coin Offering (ICO). There was no tech stack or technical direction, so they needed an Interim CTO and tech team to meet them where they were and help them get to where they wanted to be.

We started by working with their executive team and internal stakeholders to determine what needed to be built. We worked to understand the flow of the website, what it needed to look like, and what happened from screen to screen.

Our team worked with internal stakeholders to build a backlog of stories that the Stride team was able to start estimating. We prioritized, scheduled, and began implementing these stories with stakeholders and the team. This discovery and planning process took three days.

On the fourth day, we put together the engineering stack, because up until that point there had been no tech stack in place. The Interim CTO selected the Java stack with Spring Boot and Spring Framework, using the AWS ecosystem. The team created a deployment pipeline with deployment infrastructure.

As Stride’s process is iterative in nature, the team started building with Jenkins as the continuous integration (CI) tool, and they later switched to a cloud-hosted CI for maintainability.

We built their flagship product, which uses edge compute resources to streamline processing for high-traffic technology, such as IoT devices.

Once the platform was built, the Interim CTO worked with the COO to build an internal engineering job and launched the job search. After the Interim CTO built the interview process, Stride interviewed and sourced candidates for the position, which resulted in a successful senior engineering hire.

The Interim CTO then worked with the senior engineer to build out the technical architecture of the platform. Stride acted as a coach and mentor to the internal hire for the fintech startup.

*Due to the sensitive nature of this project and the early stage of the company, we have redacted all sensitive information.

Let's talk about your project!